It’s normal for children to feel worried from time to time, especially when they are trying something new, transitioning to a new school or home, or when they are facing a particularly challenging life event. However for children with Anxiety, feelings of worry or fear can have a huge affect on their thoughts and behaviour, and interfere with their everyday lives. Kate Bartram-Brown, founder of Mini Me Yoga, found that just 15 minutes of kids yoga, meditation and mindfulness a day, can help improve children’s mental and emotional health and wellbeing.

This week, our guest blogger Heather McCrae talks to us about the link between boys and anxiety, and how meditation and other alternative healing modalities can help. 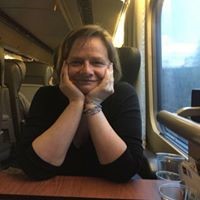 It’s so true that boys have a lot written about them, but very few people actually get to the core of what causes misbehaviour in boys. I have been as guilty as anyone, even with my MEd in Special Education, of looking down upon a little boy “acting out” and rolling my eyes and saying “here we go again” under my breath as I sought to “control” the “behaviour”.  I was wrong.

Countless numbers of young boys are being medicated and diagnosed to suit the comfort levels of Educators and Parents who are simply fed up and tired of “dealing with it”.

I want to reassure you that I was one of those Educators, jumping on the Meds Bandwagon because, as someone with ADHD, it was what I knew. I understood that when I was medicated, my Life worked better than when I wasn’t. #MagickBullet would be the tagline on a blog post if was going to. But I am off medication for depression and ADHD as a result of the tools I use daily.

So here’s what I’ve learned over the past 10 years:

What I am about to share with you is 100% effective in helping change aggressive behaviour in boys-100%.  However-there are certain conditions that must be met, so I will share my personal success story with some edits. To protect my family’s privacy, I will use initials instead of names. My name is the only name I will reveal.

My partner is a Saint-she is. She had absolutely everything a woman of 40 could want! She had the big penthouse in downtown Toronto, the huge corporate salary, had traveled the world, had/has an amazing wardrobe. The only thing she lacked was a family. She was single. She wanted kids-so she did what every fabulous woman with an IQ of 132 and two Masters Degrees does-she adopted two orphans.

J researched, she started with a daughter. I was adopted at 18 months. It was a happy childhood and a huge learning curve for my partner, who knew nothing about babies, except that she wanted one! However, she was smart! She built a team around her to make sure she was successful! She bought a lovely home, got a therapist who’s an expert in adopted children and trauma, found a Nanny, and took a leave of absence for quite a while from work to stay at home and learn how to be a Mom. She and Baby I were happy and the baby was well-adjusted, but something/someone was missing.

Because she was an only child and didn’t want I to suffer a similar fate, she adopted a little boy, K. He was 3, had been put in an orphanage at 18 months, had been abused, had addicts for parents (possibly worse), and the only constant in his life before “the baby home” was his grandmother, who became too ill to care for him.

K is a resilient, amazing little boy who has survived things most children will never have to consider.

When I first met J and I and K, he was violent, angry, and mostly frightened. J had some stability with Nannies, but still a revolving door.

I spent 6 months building a foundation of Trust with my family. J and I built a communication rapport second to none! We own our mistakes and we really listen to each other, and we had to work at it! We misunderstood each other a lot at the beginning. We had to teach each other how to talk and listen.

With K. I showed up, I told the Truth  (as I knew it) and kept loving-even as I was being hit, punched, kicked, sworn at, lied to, spit on-you name it.

I thought I was a compassionate person. I wasn’t until I met him. He and his sister and their mother, taught me to see his behaviours from a completely different perspective, so that instead of constantly reacting, I was understanding what he was doing.

100% of the time, when K is aggressive, he is frightened and threatened. He is never a bully, or a coward, he is frightened. So now, whenever he shows signs of anxiety, I don’t stare at him in judgement, I ask him to talk to me about what’s making him feel anxious.

These are the steps I took to turn his behaviour around- He is 100% a different boy than he was when I first met him, and we still have a long way to go. What gives me hope is that I have documented evidence and witnesses to prove he is healing.

As a result of these steps, I can report the following:

The Meditation Class that is taught in Mini Me Yoga is part of the Max Meditation Lineage. It is derived from it. Therefore I know it works. I am a Mini Me Yoga Ambassador and endorse our classes because they work on all children of all ages and backgrounds.

What I can guarantee you is that if you do exactly as I did, you will see results. However, the length of time for the changes to occur will depend on your family, and how much work you are willing to do to change and create deeper Peace within yourself and your Home. It always begins within.

I take the Healing Work I do with families very seriously. I want every single child living fully and fearlessly. I want all of them in school learning how to create a better world. 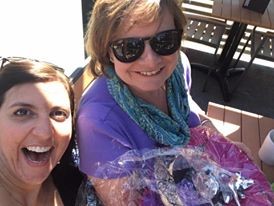 · is the Lead Ambassador to Canada for Mini Me Yoga

· is a Certified Healer

· Is The Anxiety Whisperer and works with families, children and adults to remove anxiety from the family equation

For many families 2016 has been a struggle. For some of us, we are ready to toss out 2016 and move forwards to a happier, healthier, less stressful 2017! Families…

For many children around the world it’s the start of the school term at some point this week. It could be that they are starting a new school, their first…

What an experience for the Mini Me Yoga team exhibiting at the OM Yoga Show in Manchester, UK. Although we were really excited to be there, there were two very…

I have heard these words so many times as a kids yoga teacher, and one of the main reasons Mini Me Yoga has the workshop for adults, is to help…

The world of technology is a gift! A gift we now use constantly on a daily basis for nearly everything we do; connect with family and friends across the world,…

Christmas has always been my favourite time of year and as I am privileged enough to work with the smallest humans in our world, I get to emerge myself in…