Christmas has always been my favourite time of year and as I am privileged enough to work with the smallest humans in our world, I get to emerge myself in the full magic of the festive season! I have been a Montessori Teacher since 2002 and trained as a Children’s yoga teacher in 2014. Since discovering Kate Bartram-Brown’s inspirational program ‘Mini Me Yoga’ I have been integrating it into my children’s classes and workshops and this Christmas will see Mini Me Yoga spreading positivity, mindfulness, and kids yoga throughout my current home: Luxembourg. 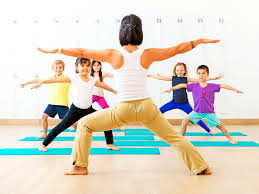 I moved from London to Ireland in 2000 and then from Ireland to Luxembourg, often referred to as the ‘Grand Duchy’, in 2010. It’s certainly been interesting to experience Christmas in different countries, however English and Irish Christmas traditions share more similarities than that of a Luxembourg Christmas.

One of my favourite aspects of Christmas here in Luxembourg is the festive markets. Little Scandinavian inspired wooden huts lining the streets selling quaint homemade crafts, scented candles, Christmas decorations, and hand knitted hats and scarfs. People bundled up in winter coats enjoying steaming cups of hot chocolate and the famous hot red wine ‘Gluhwein’ whilst humming along to the Christmas soundtrack filling the air from the cheerful musicians on the bandstand podium. It’s a truly romantic setting and one that I have come to associate closely with the annual celebrations in December. I must admit that I realised how much of a ‘local’ I had become when a trip to the Christmas market become necessary! 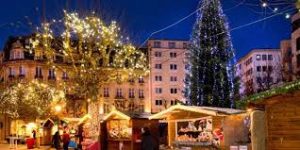 Luxembourg, often referred to as ‘the gateway of Europe’, is surrounded by countries that also offer beautiful, cozy Christmas markets such as Germany and France and so one can become quite the ‘market hopper’ and spend most weekends in December visiting neighbouring cities!

Another tradition that I have become familiar with since living in Luxembourg is the ‘Saint Nicolas’ celebration. Saint Nicolas is not the Santa Claus that journeys through the sky on December 24th with a sack of toys thrown over his shoulder. Saint Nic looks more like a bishop and in the Grand Duchy, is referred to as the ‘Kleeschen’. He takes the form of an old man with white hair and a white beard, dressed in red. Unlike Father Christmas, St Nicholas wears a red bishop’s mitre on his head and carries a bishop’s crozier. 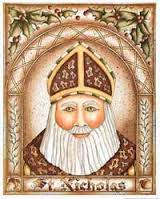 From the end of November, children leave their slippers outside their bedroom doors every night for the Kleeschen to bring them sweets and then, during the night between 5 and 6 December, he delivers bigger presents such as toys and books . Like Santa, he does not allow himself to be seen by the children, who discover all their gifts early in the morning.

‘Niklosdag’ (St Nicholas’ Day) is celebrated in honour of Nicholas of Myra, also known as Nicholas of Bari, a young bishop in the 4th century who, according to legend, saved a number of children from death. In the Middle Ages, St Nicholas became the patron saint and protector of young children. Today, St Nicholas is celebrated in many European countries: not only Luxembourg, but also France, Germany, Switzerland, Belgium, the Netherlands, Russia, Poland, Austria and others.

The defined seasons of Luxembourg have always brought me much joy, watching the world change from vibrant colours to calming foggy greys and winters have been exactly as they should be… cold, crisp and SNOWY! Most winters there will be a snowfall of some sort if only for just a day or two and this adds that little bit of extra sparkle to this magical season. 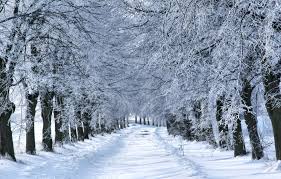 In December 2010, there was the biggest snowfall in ten years and although it caused much disturbance for travellers trying to commute to and from Luxembourg including myself who got stranded in an airport for Christmas, it was still very much a unique experience as I witnessed an unforgettable snow blizzard that made me feel like i was in a CS Lewis story! Since then, the snowy weather has been a little less dramatic but always manages to bring with it excitement amongst the old and young.

My profession as a Children’s yoga teacher provides endless opportunities for celebration, whether it’s Halloween, Christmas or just a Sunday afternoon, we always have something to be joyful for! Last year, during one of my family yoga classes we sang the entire version of the 12 days of Christmas ‘Yoga style’. Each verse had its own Yoga pose and from leaping lords to turtle doves we were certainly warmed up by the time we reached the 12th verse! 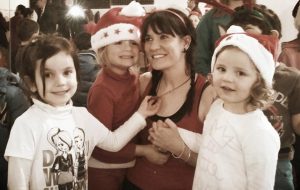 Christmas is just another opportunity for the Children to reflect on the important things in life. Love, kindness, family, friends, togetherness and gratitude are just some of the topics regularly discussed in our Yoga classes. This regular dose of positivity keeps me checked in with my own priorities and all of the amazing blessings that I am truly grateful for.

This is the beauty of working with Children, they constantly remind you of what life is really about, living in the moment, being free and having fun. The children keep my feet placed firmly on the ground and my heart open and light. This is how I hope to remain as 2016 draws to an end and as a beautiful new year dawns upon us- my wish is that we as a family, as citizens off the world can move forward with positive minds, open hearts and a willingness to reach out to one another. Merry Christmas all from Luxembourg! 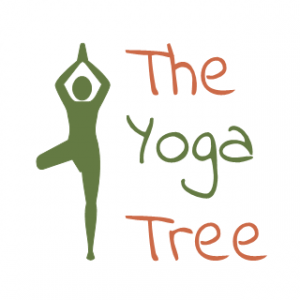 Clair-Louise Walsh is a yoga teacher and Mini Me Yoga Ambassador in Luxembourg! Find her here on Facebook!

For more information on Donna Noble:

Over this past year, I was fortunate enough to learn about a kid’s yoga and mindfulness program that Kate-Bartram Brown had created called Mini Me Yoga. This program is now…

Mini Me Yoga was featured as one of the vendors that supports adults and children in childcare and education through health and wellness classes and trainings via mindfulness, kids yoga,…

The world of technology is a gift! A gift we now use constantly on a daily basis for nearly everything we do; connect with family and friends across the world,…

Kate-Bartram Brown created a system of kids yoga and mindfulness to provide a safe space for children and parents to connect on a regular basis that invites joy, reconciliation, gentleness, and…

When I started my teaching career, I wanted everything to be perfect. I wanted to be perfect because that meant I was my best- and that’s what my students…