Maria Montessori, an advocate for the human spirit!

Maria Montessori, an advocate for the human spirit.

I’ve been a Montessori teacher for 15 years but like most things in my life, as the years go by, I truly appreciate the meaning of it more. As a young girl about to embark on a career in childcare, I was originally attracted to the Montessori Method because I liked the idea of promoting independence and nurturing the childs development through tactile and unique materials. Although this hasn’t changed, I now have even more respect for this Educational approach and a deep love for the lady behind the method, Maria Montessori.

Maria Montessori was an incredible human being. Not only did she create a method of learning that forever changed the field of Education, she was also a doctor, a feminist, a peacemaker, and a believer in the great potential of humanity. 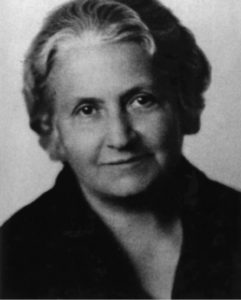 In a time when woman were discouraged to engage in further Education, Maria pursued her love of mathematics and chose to study engineering in a school for all boys. Later on, she applied to study medicine and although she was initially rejected by the board of Education based on her gender, she eventually succeeded. Her determination and desire to fulfil her hopes and dreams led her to become the first woman to study medicine in Italy. Maria did not do what was expected of woman of her time, she faced many challenges including the disapproval of her father. Still, she fought hard and she never gave up.

When Maria Montessori decided to focus on her work with children she used observation to form her principles. She observed the children’s need for repetition, their great sense of order, their ability to concentrate deeply on a task and their response to a sense of freedom of choice. From these observations, the Montessori Method was born. 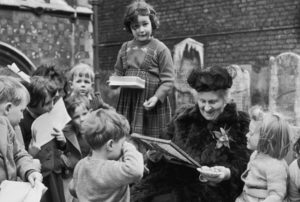 As I now work as both a Montessori teacher and a children’s Yoga teacher I can clearly see a connection between Maria Montessori’s teachings and Yoga philosophy. The two share such similar beliefs in recognising the importance of nurturing the human spirit and in particular, the child’s spirit. Maria strongly believed that teachers should be there to help and not to judge. She saw it as her duty, on behalf of all the children in the world to promote their rights and liberation. She stressed the importance of treating the children with complete respect and encouraged adults to remember that the children are the future and how we treat them today will have an impact on our world tomorrow.

Regardless of whether we are Yoga teachers or school teachers, Montessori teachers or University teachers, as adults, we are all teachers and we all have a responsibility to promote peace, respect and love.

“The child is not an empty being who owes whatever he knows to us who have filled him up with it. No, the child is the builder of man. There is no man existing who has not been formed by the child he once was”.
Maria Montessori 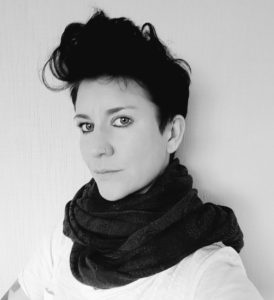 Clair-Louise is a trained Montessori Teacher, a registered Children’s Yoga teacher and  trained in India for a 200 hour teaching certificate in Vinyasa and Hatha Yoga. For the past seven years she has lived and worked in Luxembourg offering Yoga to children, adults and families. Most recently, Clair graduated from university with a degree in ‘Drug and alcohol addiction therapy’ and now uses yoga and mindfulness in her work as a holistic therapist.