When I was a little girl, I wondered what I would be when I grew up.  There were many things that I had genuine interest in but decided when I was six that I wanted to help people and somehow decided on the career of being a Psychotherapist. I attended college for it and began working in the mental health field when I was 23. I worked with several different patients in various fields including dual diagnosis, substance abuse, adolescent care, and even dementia patients. About 8 years into my career I found myself feeling like something was missing. I wondered why I didn’t feel fulfilled, why after working so hard to get into this field and helping people in this way wasn’t bringing me more joy or a feeling of completion. After all, I did what I was supposed to and had a respectable job servicing communities of people that needed help. Yet, there was still a sense of lacking and I started asking myself if there was more…more to life, more to experience…more to feel and express. It was a strange place to be.

A new friend that I had made told me she was a healer and did this “modality” called the Life Activation.  She offered it to me and said that maybe it could help me.  At the time I didn’t think that I needed help nor did I know anything about “healing work” or why it would be necessary. But I was curious and so I agreed to receive this “thing” that she said was energy work and had ultimately transformed her life.  If I am truly honest about it, I thought it was a bit hokey pokey but I was searching for meaning and for some purpose in my life so we scheduled a “session.”

At the time, it was like I was living this eternal boredom and was completely lost on how to fix that. There was even a part of me that just conceded that maybe life was just this: work and eat and maybe a family. I didn’t consider that “healing work” would be the ticket or answer to my dilemma because I really didn’t even consciously know that there was a problem. But something led me to start questioning and then even further, to a healing practitioner. What happened after this “modality” is nothing short of magick. True, real and tangible magick.

I didn’t much feel the “energy” of this healing modality while it was being performed on me but the tangible results could not be denied. Within 4 months of receiving this “healing” I had mustered the courage to leave the job that was no longer serving me, a relationship that was completely other centered, and I had obtained my own apartment on my own, which was completely new territory for me. It was like my life had been catapulted into this new dimension of reality that was beautiful with joy filled moments and deep expressions of self-love.  Things that I wasn’t capable of before, or rather…did not believe I was capable of…I began doing with grace in my heart and a fire within for more adventure.  There was a true excitement for life and for what would be next. It was like someone had turned on the lights and I could see all the wonderful pieces of me that were hidden and the beauty of the world around me. The flame to live life alive was awakened deep within my core and I wanted more.

This can only be magick.  Not the disappearing playing cards magic, but pure…real….true magick.  To go from being in a place of just existing to then living life with passion and joy, all from a thing called a “Life Activation” can only be magick.  There were no other catalysts to the drastic changes in my life other than this “healing modality” offered to me by a friend. I could not explain it; I could not have predicted it but the benefits received from it were quantifiable and physically tangible.  That must be magick, and it was oh so real.

I wanted more; to feel more, to experience more, to wake up more.  So, I started along this journey of self-exploration by getting MORE healing work and ultimately moving forward onto the pathway of initiation. This was ten years ago and what an adventure is has been. I now offer that same healing modality, the Life Activation, and also teach classes like the one that began my journey so long ago along the path. I see this same magick happen every day in the lives of my clients that I work with and it reminds me of my own story of magick and hope.  Their eyes light up, their hearts set aflame with desire and hope for the MORE that life and the path has to offer. I see and experience this magick every day because I said YES to something that seemed irrelevant, to something I initially thought was unnecessary, something I once believed was trivial but because I said yes… I finally feel whole, fulfilled, alive, and awakened to all the possibilities of the more.

The definition of magick is to change nothing into something or something into something else.  This is what the LIFE ACTIVATION did for me. It changed me and my life from living a life of just nothingness into a life that meant something.  So what do I want to be when I grow up? I want to help people; help people see beyond the limits of what they “think” is possible and move into the realm of true magick. 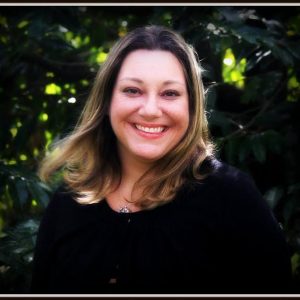 Megan Davenport is the founder and owner of Metaphysical Academy LLC and has been studying metaphysics and spiritual development/evolution for over a decade.  Her dream is to be the reminder to all those she comes into contact with, gently offering guidance and direction to those who wish to remember the truth of who they are are why we are all here.  Her role includes facilitating growth, healing, and empowerment to all people and also offering compassion and love to the many beings that are suffering on the planet. Her main focus is to bring about change, both inside and outside, to create a world of peace and anchor in the New Shamballah. Listen to Megan’s weekly radio show The Initiates Way, on iHeartRadio.

Here is her story:

Megan has been on a spiritual journey for most of her life. One of her earliest memories was when she was asked to let Jesus into her heart at the age of 6. This experience was both real and trans-formative because it connected her with Source and her true heart and soul. In search of this same experience, she sought out many forms of study including several religions, read many books, and also received different forms of energetic healing modalities.

During this process, she knew instinctively that being of service was the key to her truest heart and joy. She worked several years in the Social Work field, assisting others with Drug Addiction, Emotional and Physical Abuse, Mental Illness, and Dementia. While she found tremendous rewards being in service within the social work arena, she still felt something was missing. She knew there was a deeper piece and that there was more to the “story”.

Eight years ago she found herself at the hands of a Life Activation practitioner and this healing catapulted her into the next dimension of her existence.  She once again, felt that same joy and expression from when she was that little 6 year old so many years ago…and finally, she was home. She found the deeper purpose for her life and greater understanding of her true heart within.

After years of training and spiritual evolution, Megan Davenport is putting her passion of being of true service to use in a very special way. Equipped with the tools she has learned through the Modern Mystery School, she hopes to guide others along their way back to their truth and their heart. She knows from her own personal experience that there is hope, joy, and love on this planet and that there is no reason to feel trapped, as she once did.

Kids Yoga seems to be that “new’ thing that everyone who is anyone wants their children to be doing. But what is all the fuss about ? Its seems in…

What an experience for the Mini Me Yoga team exhibiting at the OM Yoga Show in Manchester, UK. Although we were really excited to be there, there were two very…

Mini Me Yoga was featured as one of the vendors that supports adults and children in childcare and education through health and wellness classes and trainings via mindfulness, kids yoga,…

This time of year, can be rather hectic, seeing our children’s tiredness, emotions and excitement levels increasing to new heights. It is sometimes difficult to know how we can help them become…

We all know that dealing with change can often be challenging. As we move faster towards autumn we may be feeling the effects of the change in season, with it’s…